“Constitution Day offers us the opportunity as American citizens to pause and reflect on the principles that have shaped the foundation of our country for 227 years. Because our rights as American citizens are many and we are all free to choose our own paths toward happiness, observation of this day may vary, but I believe its recognition is important.

“On September 17, 1787 – after four months of deliberation – thirty-nine delegates to the Constitutional Convention in Philadelphia signed a new framework for our American government, shaping the laws we make, and conveying the inalienable rights of the people. Our Constitution is our great social contract – an agreement that defines both the role of government and the rights and responsibilities we have as citizens of this great nation.

“And while constitutions are common throughout the world, and many even establish a republican form of government like our own, our United States Constitution is still exceptional and unique in regards to our beliefs in the origin of rights and the purpose of government. As eloquently stated in the Declaration of Independence, people have rights by virtue of being human. Our rights are not conferred by government.

“Instead, government is the instrument by which we, the people, have chosen to protect our rights, preserve our liberty and administer to the needs of our nation. The founders believed in our ability to govern ourselves and that the rule of law applies to everyone. In a sense, believing in ourselves is what’s necessary to maintaining our liberty and passing it on to the next generation.

“There are many inspiring monuments throughout our nation’s capital, but none are as lasting and meaningful as our Constitution, which is available for all to see and read at the National Archives. If you are interested in learning more about the Constitution and our nation’s founding, today is a good day to start.” 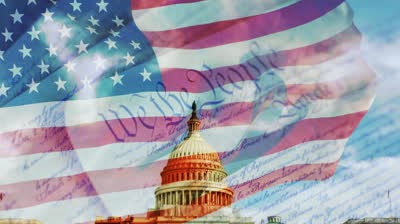 Non-Profit and for Profit Welcome

Posted by ltnews.brevardtimes.com at 5:32 PM