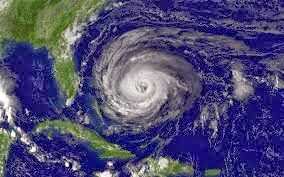 The House of Representative passed the bill last week , yesterday  the Senate passed   the Homeowner Flood Insurance Affordability Act of 2014, which would protect millions of homeowners from being hit by huge flood insurance premium rate hikes. The bill, H.R.3370, was approved by the Senate Thursday by a vote of 72-22. The measure will now advance to the White House to be signed into law. By the President

H.R.3370, will mitigate the unintended, unaffordable annual flood insurance premium increases felt by many homeowners that were included in the Biggert-Waters law enacted in 2012. The bill reinstates the grandfathering provision of the flood insurance program, protecting homes that complied with previous flood maps from being hit with rate spikes due to new mapping.

The would allow home sellers to pass taxpayer-subsidized policies on to the people buying their homes instead of requiring purchasers to pay actual  rates immediately, as required by the 2012 law. The new rates are particularly high in older coastal communities in states like Florida, Massachusetts and New Jersey, and have put a damper on home sales as prospective buyers recoil at the higher, multifold premium increases.
Posted by ltnews.brevardtimes.com at 8:01 PM